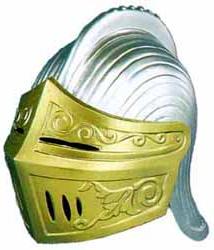 113 classmates had pre-paid, 11 didn't make it, and 2 extra showed up. So, we had about 104-105, plus 5 teachers.  The teachers who attended were Helen Taylor (English), Betty Smith (French), Robert Coles (band), Eileen Page Moon (Latin/Math), and Nancy Lackey.  Mr. Miller wanted to come but was recovering from surgery. We also heard from Mr. Fred Rheney, but he was unable to attend.

It was a outstanding evening.  On arrival, each class member was given a nametag, complete with their yearbook photo, a Grey coffee mug inscribed with the reunion date, and a book of all the information sheets that class members sent in.

A group photo was taken on the steps of the Grand Hyatt (click the image at left!).  It was quite a job getting this group to all stand still and be quite for the photo.  We still acted like high school kids - 30 years later :-).

Everyone had a great time just talking and renewing friendships until dinner was served about 8pm.  Dinner consisted of several types of pasta, a carving station with Roast Beef or Turkey, vegetables and a great dessert table.

Following Dinner, Richard Siegel and Debby (Slotin) Overstreet made a few announcements.  They reminded us of the death of Mr. Derthick and read the role of departed classmates.  On a brighter note, they read highlights from the profile forms that classmates sent in.  These included:

Following the Announcements, Mark McCain from Fox97 played the "oldies" for us to dance to, but most folks were content to visit and catch up on old friends.

An outstanding event thanks to the hard work of the organizing committee.

A picnic was was held on Sunday at Chastain.  It was a nice event but poorly attended. There were about 10 grads, and 2 or 3 brought their families. People brought their own food, mostly sandwiches.

To view a full size version of this Photo, click on the image.  To return to this page, use your Browser's BACK button.

Thanks to Cindy Crews of Crews Photography!  If you need professional photography, or if you would like a copy of this picture, contact:
Cindy Crews
770-577-1676
crewsphoto@hotmail.com